Share a memory
Obituary & Services
Tribute Wall
Read more about the life story of Diane and share your memory.

Diane was born on June 23, 1939, in Los Angeles, California, the only daughter of Jesse and Darline Burton. They lived in LA for awhile then moved to Battle Ground, WA where she graduated from High School.

The family moved back to California and Diane met and married Larry LeFever and they had Cheri. They were divorced and she married the love of her life Granvel Conley. They lived in Fallbrook, California until 1990 and then they followed Cheri & Kendall to Lovell. Diane worked at home taking care of kids until her husband passed and then she went to work at the Lovell Senior Center in the kitchen until she retired in 2013. In 2014 she moved to New Horizons Care Center where she lived until her passing. She loved her grandkids and great grandkids and all the kids that she took care of. Everyone called her “Grandma.” She loved to teach Vacation Bible School and did it for many years. She also taught the young girls’ missions at church. She would pack them all into her car every summer and head to Casper Mountain for camp! What fun they had!!  She loved to share her Faith and would share it with anyone who would listen.

Diane was preceded in Death by: Her Parents, Jesse and Darline Burton, Her brothers, Jesse Burton Jr., Raymond Burton, and Wayne Burton. Her Husband, Billie “Granvel” Conley, and Son in Law Kendall Mickelson.

Diane has been cremated and there will be a “Celebration of Life” Saturday, April 23 at the Lovell Bible Church at 10:00 am. Burial to follow at the Lovell Cemetery.

To send flowers to the family or plant a tree in memory of Diane Marie (Burton) Conley, please visit our floral store. 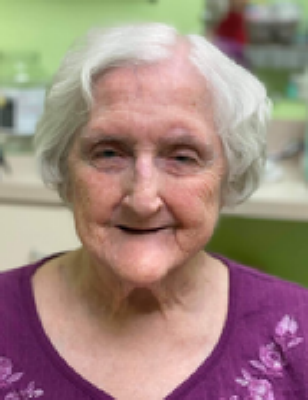