Share a memory
Obituary & Services
Tribute Wall
Read more about the life story of Karen and share your memory.

Karen Busteed Peterson (69) passed away April 12, 2022, at the Billings Clinic in Billings, Montana. She was born November 15, 1952, to Richard Wardell Busteed and Shirley Ann Lewis Busteed. She was the third of six children.

She lived in Cowley, Wyoming most of her life.  She attended Cowley Elementary and Cowley High School, graduating in 1971.  After graduation she attended x-ray technician training at West Park Hospital in Cody, Wyoming.  Upon certification, Karen was hired as an x-ray tech at Holy Cross Hospital in Salt Lake City.  She was engaged to be married to her high school sweetheart, Randy Peterson, in the spring of 1974.  Karen relocated to Provo, Utah where Randy was attending BYU and began working at Utah Valley Hospital.  Randy and Karen were sealed in the Manti Temple in Manti, Utah on August 10, 1974.  They made Provo, Utah their home until Randy graduated from BYU in August 1976.  During their time in Provo, their first daughter, Tamara, was born.

Randy and Karen moved home to Cowley in August 1976 to work in the family business.  They built a new home in Cowley, and Karen began her life as a stay-at-home mom.  She was blessed with 3 more children: Travis, Shana, and Olivia.  Although being a mom was Karen’s full-time job, she still worked as a part-time x-ray tech at North Big Horn Hospital.

Karen was meticulous in the care of herself, home, property, and children.  She was hard working, strong, and able to do hard things without complaint.  In 1991 a severe illness changed her life.  She spent 12 months enduring multiple surgeries, doctors’ appointments, and a long recovery.   She never did fully overcome the troublesome and painful effects of this illness.  However, she carried on what seemed, by others, to be a normal life for an additional 31 years.  Her death was a result of complications from this long illness.

Karen was called with her husband to preside over the Tulsa Oklahoma Mission for the Church of Jesus Christ of Latter-day Saints from 2000 to 2003.  She oversaw the health needs, fed, encouraged, and blessed the lives of hundreds of young men and women during this time.  She loved them and her Father in Heaven.  Upon their release from the mission, Karen and Randy returned to their home in Cowley to continue their lives.  In 2004 Karen was called to serve as an ordinance worker in the Billings Montana Temple.  She was still loving and serving in this calling at the time of her death.  She loved her Father in Heaven and His children.  She served her brothers and sisters in many capacities and truly loved those she served.

Her greatest love, however, was her family.  She was the happiest when she was in the midst of her siblings, children and grandchildren.

Her mother, Shirley Ann Busteed, and father, Richard Wardell Busteed, preceded her in death.  She is survived by her husband, Randy Peterson, her children, Tamara Mangus, Travis Peterson, Shana Wallace, and Olivia Peterson and 14 grandchildren.

Funeral Services will be held Saturday, April 23rd at 10:00 am in the Cowley Meetinghouse of the Church of Jesus Christ of Latter-day Saints.  A Viewing will be held at 9:00 am.  Internment will take place in the Cowley Cemetery, Cowley, Wyoming.

To send flowers to the family or plant a tree in memory of Karen (Busteed) Peterson, please visit our floral store. 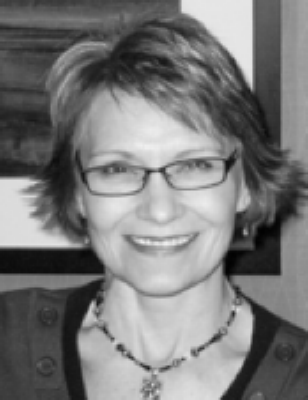