Read more about the life story of Laura and share your memory.

Laura Leanne Tilley Green (Wegner) was born on February 10, 1938 in Fromberg, Montana.  She died peacefully in her sleep on November 8, 2022.

Laura was raised on a farm in Belfry, MT.  She often talked about her mom cooking for them, her favorite treat was cream toast, they could only have it when her daddy was away.

She often told us about how hard it was to grow up on a farm and how hard the whole family had to work to keep it going.

Laura graduated from Belfry, Montana in 1956.  She met Ed Tilley and then married him on her 19th birthday in 1957.  Together they had three children and adopted a fourth child.  The family had many adventures and trips.

Later in life, after she and Ed went their separate ways, Laura stayed in Lovell to be close to her children. She eventually met and married Richard Green.  With Richard, Momma was able to purchase her home.

After she and Richard went their separate ways, Laura learned to drive a semi-truck and trailer.  She eventually owned her own small trucking company and had 2 trucks.  She got to travel all over the country and she sent her grandchildren postcards and spoons from the different places that she had gone to.  Momma loved adventure and doing new things, but she also enjoyed time at home in her trailer, fixing up the flower beds and keeping her lawn looking nice.

Above all, Momma loved her family.  She frequently made things for her family, she made both April’s and Holly’s wedding dresses.  She crocheted each of her grandchildren and children an afghan.  She even crocheted an intricate rose lace bedspread for each of her children.  She was a fun grandma who gamely dyed her hair purple with her granddaughter Sasha.  She also loved watching football.  She was a die-hard Broncos fan!  She rooted for them when they first started up and she rooted for them up until her death.  She also rooted for any team who played against Tom Brady.

A memorial service and internment will be in the summer of 2023.  She wanted to be buried next to her son Herbie and when it was warm and pretty outside. She wants her family to celebrate her life and to share their stories of her among themselves.

Memorials can be made to the Lovell Fire Department Christmas Baskets because like her former neighbor, she wanted to be able to give to people who need just a little extra.

To send flowers to the family or plant a tree in memory of Laura Leanne (Wegner) Green, please visit our floral store. 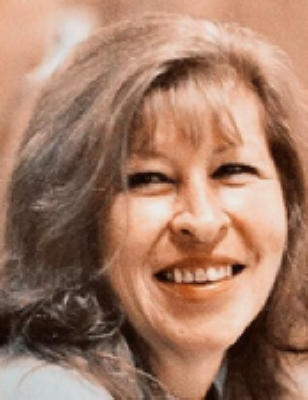