Share a memory
Obituary & Services
Tribute Wall
Read more about the life story of Leon and share your memory.

Leon was born on April 11, 1954 to Eulojio “Coke” and Anacleta “Anna” Padilla in Lovell, WY. He was the third child of four.

He attended Lovell schools, graduating from LHS in 1972. While in school he played football as a right tackle. Because of his size, his classmates believed he was the strongest kid in school. He even had one friend pay him, just to have Leon hang him up on the wall.

From 1974-1979, he joined the United States Marine Corps. He spent two years as an active Marine at Camp Pendleton in San Diego, California. He excelled as a marksman and received his Rifle Sharpshooter badge. He had requested to be sent to Okinawa, Japan, but was denied because they felt he could better serve as an instructor to train others in sharpshooting. Along with his Sharpshooting badge, he also received his National Defense Medal. After the two years in California, he finished off his military career in the reserves in Billings, MT.

After he returned home from military service, he became reacquainted with the love of his life. Leon married Lydia Vasquez and together they raised their two wonderful children, Steve “Kimo” and Mia.

In 1976, he started working for Northern Pacific, which became Burlington Northern and is now BNSF. He made many friends while working the hundreds of hours, and thousands of miles, and made lasting impressions on many people who hold a high regard for him to this day. He worked 38 years with the company as a laborer, retiring in 2014.

Leon enjoyed woodworking, tinkering on vehicles, camping and spending time with family. Family was everything to him and would do all he could to make sure they were never in need. There is nothing he wouldn’t do for them. Leon also loved taking long walks with his best friend, Bonita. Many early mornings found the two of them strolling through the streets of this tiny community with smiles on their faces; that was just their thing.

The family would like to thank all the doctors, nurses and CNA’s that took such wonderful care of Leon, especially the ones in his final days at NBHH. A special thanks to Cousin Gilda Florez, brother-in-law Roger Haney, nephew Loni Padilla and family friend, who is like a son Casey Schatz, for all their extra help during this most difficult time. Their thoughtful care took a lot of strain off Lydia so she could be by Leon’s side.

To send flowers to the family or plant a tree in memory of Leon Padilla, please visit our floral store. 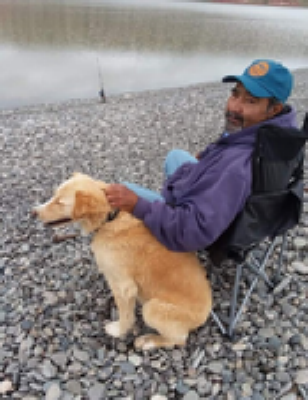