Share a memory
Obituary & Services
Tribute Wall
Read more about the life story of Pamela and share your memory.

Pamela Daleen Felt (Miss Pam), 63, passed away in Billings, Montana on April 11th, 2022, after a long battle with a chronic illness. Her husband and sister were with her when she passed.

Pam was born on March 25th, 1959, in Denver, Colorado to James and Joyce (Allen) Breaze. She grew up in the Denver area and graduated from Englewood High School in 1978. She worked as a delivery driver and as a CNA in a nursing home for several years.

In 1979, Pam married Richard Hallacy. The following year she gave birth to her first daughter, Desiree. They were later divorced. In 1982, Pam married Jeff Owings. They had one child together, Aspen. They were later divorced. In 1985, Pam met Mike Felt. They moved to Oregon in 1992. In 1994, the couple was married in Eugene. They had four children together: Misty, Angie, Michael, and Mary Ann. After having their last child, they decided to move to Wyoming where they could be closer to their families. They later divorced but remained best friends. Pam met her soulmate, Steve Wickwire, in 2006, and they were finally married February 22, 2022, after being together for 16 years.

When her youngest child attended CRC Preschool in Lovell, she couldn’t bear to leave her, so she began volunteering there. She found her calling as a preschool teacher. She returned to school in 2004 and received her Child Development Associates Credential from Casper College. She worked at CRC until she retired due to health problems in May of 2021.

She loved the outdoors and went camping, fishing, hunting, and rock-hounding as often as possible. She loved her family, her friends, and her community; but there are very few things she loved more than football and her favorite team, the Denver Broncos. Before her death, she was able to check off two items from her bucket list: she attended the Wyoming/Oregon Ducks game in Laramie, and she attended a Broncos game last October. She had many other hobbies including making quilts, painting rocks, writing, doing puzzles, reading (true crime novels were her favorite), and learning about the history of the places where she lived/visited.

She was preceded in death by her parents, Joyce (Allen) Lamp and James Breaze, stepson Justin Wickwire, and her nephew, Anthony Quinn.

To send flowers to the family or plant a tree in memory of Pamela Felt, please visit our floral store. 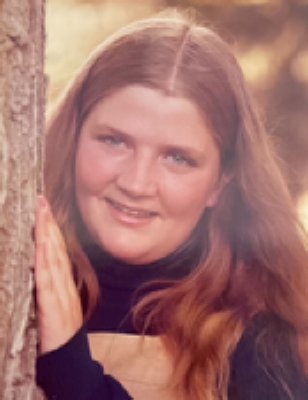