Share a memory
Obituary & Services
Tribute Wall
Read more about the life story of Patricia and share your memory.

in Lovell, WY.  Pat was born May 14, 1936, near Leroy, ND to Arthur Phillip and Agnes Bernadette (Longtin) Beaudoin.   Her mother passed away when she was just 7 years old.  She was raised in the Leroy and Walhalla area and had a lot of adventures with her ten siblings.

Pat married Ray Kenneth Rossenborg on October 28, 1954, at St. Boniface Catholic Church in Walhalla, ND. Pat and Ray just celebrated their 68th wedding anniversary. They raised 3 children as they moved all over the western United States with Ray's work.  In 1979 they settled in Byron, WY.  It became their home base.  Pat continued to travel with Ray until his retirement. They did everything together. Pat and Ray enjoyed hunting, fishing, and camping.  She loved their trip to Alaska, where she out fished Ray and her son, Darcy. She caught the largest salmon, halibut, and lake trout and she frequently reminded them of that. They also enjoyed many hunting trips together. Pat shot her first

deer right between the eyes. They were checked by the game warden, who asked Ray, “Who shot the deer?”  Ray told him that Pat did. The skeptical game warden asked, “Are you sure it is not a “honey deer”? When Ray asked him to explain, the warden said, “I didn't shoot it, but honey did”.  It was definitely not a “honey deer”. Her family was always amazed at what a good shot she was.

Pat loved gardening and always had beautiful flowers. When she could no longer garden, she made sure Ray tended to her flower beds, and brought some in for the table so she could enjoy them.

Family always came first, and Pat treasured the time spent with them, especially her grandchildren.  She always wanted one more hug before they left.

Pat was preceded in death by her parents; two brothers, Oswald and Larry; her sisters, Lou, Gerry, Elaine, Ramona, Faye, Judy, and Fern; and her son Monty.

She is survived by her husband, Ray of Byron, WY, her children, Vicki (David Hammond) of Cowley, WY, and Darcy of Langdon, ND, a brother, Duane (JoAnna) of Mariposa, California, 5 grandchildren, and 8 great-grandchildren.

To send flowers to the family or plant a tree in memory of Patricia Agnes (Beaudoin) Rossenborg, please visit our floral store. 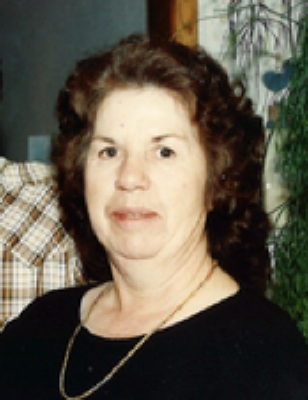