Share a memory
Obituary & Services
Tribute Wall
Read more about the life story of Robert and share your memory.

Bob Croft passed away Thursday, December 1, 2022, in his home surrounded by loved ones. Robert E. Croft was born May 30, 1943, in Powell, WY to Robert C. and Evelyn Sessions Croft. He is the first child and an amazing "Big" brother to four more siblings. Bob was raised on the family farm in Powell. He loved everything outdoors and indoors and was soon nicknamed "Doc" by his mother because he was always caring for a wounded critter. If he wasn't doctoring some animal, he was raising one to sell as a pet. Bob excelled in 4-H and FFA in his youth and graduated in 1961 from Powell High School. He then attended Northwest College.

In 1963, he was called to serve a mission for The Church of Jesus Christ of Latter-day Saints to the Shreveport Louisiana Mission, later transferring to the Western States Mission in Denver, CO. It was while serving that he gained his testimony of Jesus Christ and his increasing love of service.

He began attending the University of Wyoming in 1965 and there he met his eternal sweetheart, Rena Petersen, from Jackson, Wyoming. They were married December 16, 1966, in the Idaho Falls Temple. They continued to attend UW and would spend their summers in Grand Teton National Park where Bob was employed. He completed his Master's Degree in Microbiology and Parasitology in 1973.

In 1974, the family moved to Lovell to their country home. It was an amazing place to raise their 5 children- Rob, Vicki, Darece, Joy, and Allen. Bob owned and operated Northwest Analytical Lab and Computers for 38 years. Thru these busy years, Bob was a part of all that his children did. Family was first. He was passionate about sharing his love of nature, wildlife, and the Big Horn Basin with his family and many others. He taught his posterity and many others about the great outdoors and loved helping someone catch their first fish, study an owl casting, or spark their curiosity!

Bob had a great passion for Big Horn Reservoir. In the 1990's, he and others began studying the whys and why nots of water levels in the lake. He spent hours walking the canyon rims and dry riverbanks taking pictures. In 2006, he spearheaded the organization of Friends of Big Horn Lake and served as director until 2012. He strongly believed that we, as citizens, can make a difference: "offering solutions works better than complaining".

Lifelong service in The Church of Jesus Christ of Latter-day Saints included (among other things) Cub Scouts, Young Men's, Bishop, and a member of the Stake Presidency of the Lovell Wyoming Stake. The past 7 years were spent with Rena traveling Northern WY and Southern MT as Area Temple and Family History Advisors. At the time of his passing, Bob was helping others preserve their memories thru pictures and audio stories.

He is survived by his wife Rena; his children, Rob & Michelle Croft, Vicki & Bryan Allen, Darece & Ken Grant, Joy & Dak Fike, and Allen & Amber Croft; his siblings, Bill & Kathy Croft, Marlene Sorensen, Gaye & Frank Barrett; 25 grandchildren and 26 great grandchildren, with 4 sweet ones on the way. Since his AML diagnoses in September, he has had precious time with all his family!

Special thanks to so many for their love and support, including NBH Infusion Center and Stillwater Hospice.

Donations may be made to the NBHH Foundation - Infusion Center, memo - Bob Croft

Services will be held Saturday, Dec.10, 2022 at the Lovell Wyoming Stake Center @ 10 am. A viewing will be held Friday night from 6-7:30 p.m. at Haskell Funeral Home and 1 hour prior to services at the church on Saturday.

To send flowers to the family or plant a tree in memory of Robert Earl Croft, please visit our floral store. 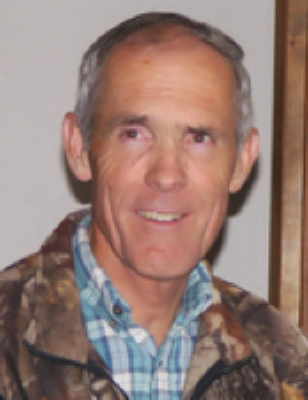