Read more about the life story of William and share your memory.

Bill was a resident of New Horizons Care Center in Lovell, Wyoming when he passed on. He is survived by his wife Kathy, his children Billy (Danette) of Thermopolis, Bob (Kim) of Worland, and Brenda Cronk of Cody, and his first wife and mother of his children Bonnie Johnsey of Cody.

Bill was proud to have served in the Air Force from 1959 to 1963. He was stationed at the Air Force Academy in Colorado Springs where he served as an Air Policeman.

Bill worked on several ranches holding the position of ranch hand, cow foreman, foreman and manger. After retiring from ranching, he worked for and retired from Enron Oil and Gas in Big Piney, Wyoming.

For their retirement Bill and Kathy bought some farm ground in Lovell, Wyoming along the shore of Lovell Lake. They enjoyed this location so much that Bill wanted it to be his final resting place. Some of his ashes will be scattered there.

Donations can be made in Bill’s memory to New Horizons Care Center and Stillwater Hospice both located in Lovell.

To send flowers to the family or plant a tree in memory of William Badger Johnsey, please visit our floral store. 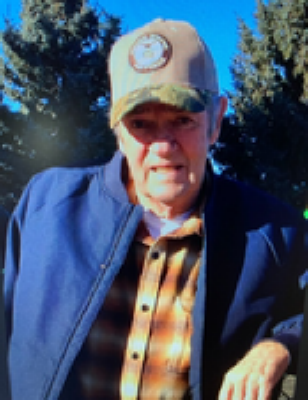